Another One Hits the Road

What a shame.  What a loss. 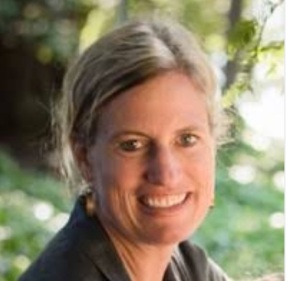 The latest person to give their departure notice to the city is Alameda’s Base Reuse and Transportation Planning Director Jennifer Ott.  She is going to serve the City of Hayward as their deputy city manager.  She takes with her thirteen years of institutional knowledge and experience that will be sorely missed in Alameda.

Morale is obviously low at city hall.  In a Hayward press release, Ott summed up the reason for her move to Hayward this way:  “I am incredibly honored to … join an organization that … is committed to caring, openness and integrity.”  The indirect reference to what is lacking in our city hall is not hard to miss.

Ott was just one of many department heads who spoke in favor of former City Manager Jill Keimach before the city council removed Keimach from her post in April.  Since then, Ott has also been filling in as the assistant city manager.

A brilliant assistant city attorney, Andrico Penick, left Alameda for a job with the City of San Francisco not long after he was chastised by the city council for trying to open existing foot paths to the waterfront along Fernside Boulevard (despite having previously been directed by the council to do so).  Our well-respected recreation and parks director, Amy Wooldridge, was shown equal disdain during council discussions on the matter.  It would be horrible for Alameda if she left too.

Who else in city hall could possibly be fed up?

Veteran councilmember Frank Matarrese is forfeiting an opportunity to be easily reelected as a councilmember and is instead running in a challenging race for mayor.  He has signaled that if he can’t be the one leading city council meetings – “to bring stability back to the city” – he does not want to be on the council.

Our dedicated public works director, Liam Garland, was unnecessarily criticized when seeking approval to move forward with a much-needed infrastructure bond.  A majority of the council instead opted to place a sales tax measure on the ballot primarily to help pay for expected pension deficits.

There is nothing wrong with asking tough questions, but city management and staff are not hostile witnesses.  Council’s disrespectful questioning of them (and representatives from outside agencies like AC Transit) and the way they speak to each other is hard to watch.  We can only wonder what happens in closed-session meetings.

Our city cannot afford to lose any more experience and expertise at a time when multiple strategic planning and development needs are unmet.  The departures began occurring under the current city council.  I can’t help but think that others in city management will also be departing if matters do not improve.

In September Jennifer Ott will take her tenacity, her composure and a vast amount of experience in land-use planning and economic and community development to Hayward.

I, for one, wish Jennifer well in her new role.  She will be missed.

1 Response to Another One Hits the Road