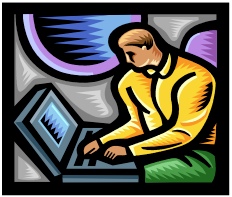 A tug of war between Internet service providers (ISPs) and the public is playing out before the Federal Communications Commission (FCC) and in the halls of Congress.  Both the providers and the public demand their freedom on the Internet.

The original Internet was created with government funding.  Because the government viewed the Internet as an invaluable public good and service, it has given billions of dollars in taxpayer subsidies to telecommunication companies and allowed them to use public rights-of-way to provide and maintain the infrastructure needed to access the Internet.  These ISPs now make billions of dollars in profits each year in subscription fees.

Through mergers and consolidations, however, AT&T, Comcast, Verizon Communications and Time Warner Cable now control the lion’s share of the infrastructure used to access the Internet, leaving little room for competition.  And these ISPs have expanded their infrastructure business to include content.

ISPs say the infrastructure is theirs to do with as they please.  Acting as gatekeepers to an increasingly busy Internet, some are already offering tiered-service plans much like our cable TV subscriptions; a basic plan limits the speed or the amount of content one can view or download each month.  Besides maximizing profits through pricing, the telecom giants are also hoping to have control over content, creating “toll lanes” for preferential treatment, in the sense that Comcast could relegate Netflix to a slow lane so that people would end up using Comcast Movies on Demand instead.  Smaller businesses, local independent news organizations and bloggers could soon find themselves paying more for better access to reach Internet users, or being simply priced out of the market.  I wouldn’t feel so vulnerable if we still had Alameda Power & Telecom, our local telecom company, which cared about Alameda’s interests.

Citing an inherent constitutional right to communicate, many advocacy groups are pushing for net neutrality, a legal guarantee of equal delivery and access, and they are promoting legislation that ensures the Internet remains open and freely accessible.

In December of last year, for the first time, the FCC passed a few net neutrality rules requiring ISPs to make public how they manage their networks and barring them from discriminating or blocking legal sites, services or applications. Within a couple weeks of passage, however, Verizon Communications and MetroPCS appealed the rules, claiming the FCC had overstepped its authority.  Some lawmakers agree.  In February, the House of Representatives passed a resolution defunding the FCC’s initiative and, in March, a House subcommittee voted to repeal the new rules entirely.

The tangled web we weaved during the last two decades with deregulation of telecommunication companies and commercializing a public resource has brought us to a crossroads.  One thing we know from local experience is that wiring a city twice is not the answer.  Washington and well-informed, engaged users must act to protect the Internet services we have come to depend upon.

Like Loading...
This entry was posted in Media and tagged AT&T, Comcast, Internet, net neutrality. Bookmark the permalink.