Turning the Page with the Park District

“Tonight we turn the page,” said President Obama in his recent State of the Union Address. Our new city council has followed suit.

On January 21, the city council, at the request of Vice Mayor Frank Matarrese, decided to set up a liaison committee to work with the East Bay Regional Park District.  The committee will look into advancing Alameda parkland opportunities, including the surplus federal property next to Crab Cove and at Alameda Point.

The move comes on the heels of the city and park district settling their lawsuit.

Robert Doyle, the General Manager of the regional park district, said in a statement following the settlement, “We look forward to rebuilding a cooperative relationship with the City of Alameda so both agencies can work together to better serve the public.”

The liaison committee is expected to be comprised of two city council members and two regional park district board members and will be formed after the city manager and the park district manager meet to discuss the matter. 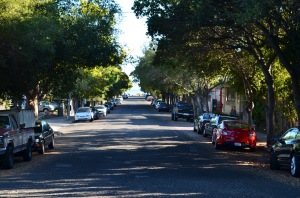 Among the list of suggestions the committee will address is engaging our state and federal representatives and the city’s lobbyist in Washington D.C. to help stop the federal government from using eminent domain on the street leading to Crab Cove. The action is currently before the federal court.

Councilmember Marilyn Ezzy Ashcraft voted against the setting up the committee, however, because she is still mad about the park district’s lawsuit against the city. “The park district is capable of fighting its own battles with the GSA,” said Ashcraft. “It’s not the city’s role to tell the federal government how to proceed with regard to its own property.”

I beg to differ. The federal property is in our city. It is public land, supervised by a public agency on behalf of the public, and the public wants it to not only remain public land but to become park land.

In 2012, the former city council rezoned as residential the federal property near Crab Cove, which led to the park district’s lawsuit. Two years later, the city council rezoned the parcel as open space after citizens pressured them and collected enough money and signatures to place an initiative on the ballot.

“The city has done its part by rezoning the property to open space,” Ashcraft said. “The park district needs to acquire the land themselves and we can’t keep doing their work for them.”

The rest of the council and all the speakers disagreed with Ashcraft and supported reaching out to the park district. Mayor Trish Spencer, however, preferred having the park district give an update on the Crab Cove project at a public meeting before having the two managers meet.

We will all benefit by working with the regional park district. They have the wherewithal to provide capital improvement funding for parks in Alameda. They can also provide operational funding, which is something the city’s Recreation and Park Department would find difficult, if not impossible, to match.

Nursing a grudge is counterproductive for moving forward with regional park opportunities. I couldn’t agree more with the sentiment expressed by President Obama and Councilmember Oddie. I’m glad we are turning the page!

Below is an excerpt from the East Bay Regional Park District’s Measure CC Special Tax Fiscal Year 2014/15 Tax Report dated July 2014.  The park district has long been willing to operate the park known as Triangle Park, or Enterprise Park, at Alameda Point, but first the city needs to enter into a lease agreement similar to the one for Alameda Beach.

Below is an excerpt from the Measure WW Project list showing an allocation of $6.5 million for capital improvements at Alameda Point.

Below is a City of Alameda Infrastructure Plan map adopted in March 2014 illustrating the Northwest Territories and Enterprise Park open space area, which are candidates for becoming regional parks.

Below is the East Bay Regional Park District’s proposal for the Northwest Territories regional park that was drafted in 2012.

1 Response to Turning the Page with the Park District