Alameda firefighter Darren Brown walked through the crowd of onlookers asking if this was their dog.  When no one claimed it, residents escorted him to the apartment manager’s office. 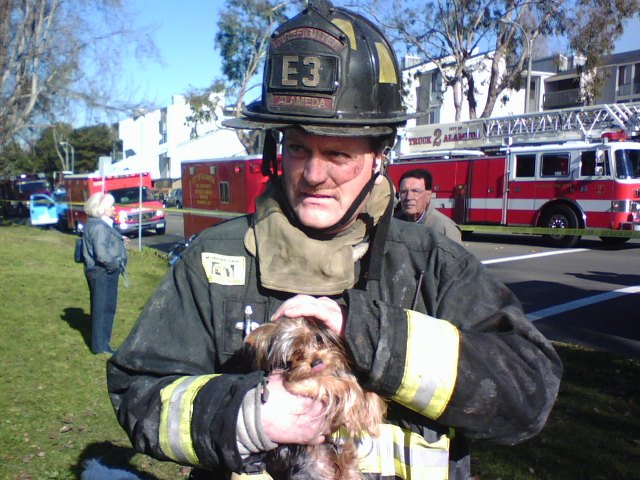 Another resident standing next to me was not so fortunate, as his dog died from smoke inhalation.  He said, “I had the dog for only 10 days.”  An elderly man had given it to him “because he could no longer take care of the dog and wanted it to go to a good home.”

No human injuries or fatalities were reported at Saturday’s fire at the Shorepoint Apartments on Westline Drive across from Crown Beach. 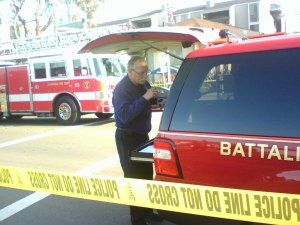 Watching Incident Commander Tunney in action was impressive.  I wish I had had a video camera to capture him sizing up the situation and managing the emergency as it unfolded.  He and the firefighters at the scene would make any Alamedan proud of their service.  One woman shed a tear and said, “These guys are us.  This is our tax dollars coming back full circle to protect us.” 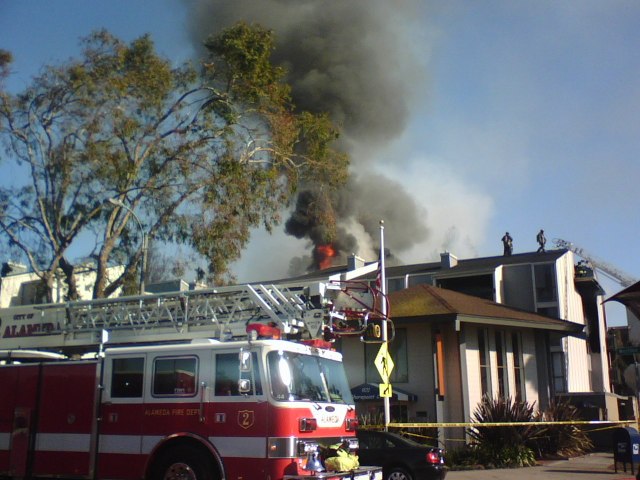 Like Loading...
This entry was posted in Quality of Life and tagged Alameda, fire, pet rescue, Shorepoint Court Apartments. Bookmark the permalink.