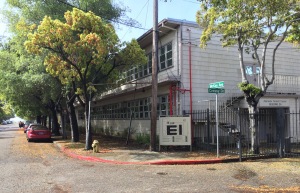 Those who prefer housing for senior citizens, over other types of housing that generate more traffic, will welcome the proposed dwelling units on McKay Avenue near Crab Cove.  Former federal offices now located there will be rehabbed to create a medical respite care and assisted-living facility primarily for seniors who are homeless.

Medical respite care is for people coming out of the hospital who still require medical assistance.  Patients are referred by a hospital. The McKay facility could become permanent housing for homeless seniors with chronic and/or end-of-life medical conditions.  There will be no limit on how long they can live there, and for many it will be their final home. 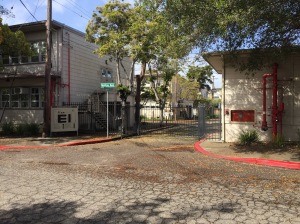 The McKay Avenue site became available when the federal government abandoned its offices and declared the property surplus and suitable for homeless services.  “We didn’t choose this site, this site chose us,” said Doug Biggs, Executive Director of the Alameda Point Collaborative.  “I would have been negligent if I hadn’t applied for it, knowing how great the homeless need is.”  The Collaborative, which currently offers transitional housing at Alameda Point for the homeless, was deemed by the feds to be the applicant most qualified to accept free conveyance of the property.

No patients will be discharged from the McKay respite facility onto the street.  Those not going into housing may go into another shelter somewhere, may in some cases return to the hospital if needed, or if conditions merit may be transferred to the assisted living wing of the McKay facility.

Also planned onsite are two administrative wings:  a health center and a resource center.  The health center will serve the medical and behavioral health needs of the patients in the assisted living and medical respite parts of the facility.

The resource center, on the other hand, will not be specifically tied to the patients admitted to the McKay facility.  Instead it will be a daytime drop-in center intended to provide resources for those who are at-risk of homelessness or those who are newly homeless.  Outreach workers will assist clients with getting benefits, getting on housing lists, accessing short- to mid-term subsidies to stay housed, and other resources.  The resource center is expected to serve seven to ten people a day.

Some worry the drop-in resource center will attract loitering or sleeping in the area.  “It seems likely people will hang out while they are waiting for services or waiting to be seen,” said Angela Fawcett, a nearby resident.  “The neighborhood would support medical respite for seniors, but the drop-in part evokes images of a permanent homeless presence on the street and in the park.”  Fawcett said the Collaborative’s existing facility at Alameda Point “would be a better location to accommodate the general public seeking homeless services rather than next to where children go for educational programs and playing at Crab Cove.” 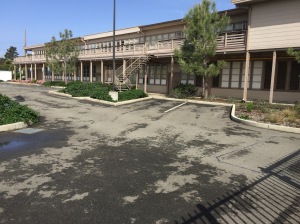 The McKay facility is expected to provide 50 inpatient respite beds, and 80 to 90 inpatient assisted-living units that will be like studio apartments with their own bathroom and kitchenette with refrigerator, microwave and hotplate.  Another 12 beds will be used for patients who may need a longer stay but who do not need assisted living.  There will also be communal dining facilities.

The Collaborative is working to bring in a qualified developer to take on the financing and development of the project and two qualified operators for the programs.  They have three years to finalize the plan and begin operation, according to Biggs.  During that time, they plan to reach out to the community and gather input from stakeholders and experts in the field.

The Collaborative hopes to assemble about $40 million for capital improvements.  Similar to other publicly subsidized housing projects, funding will come from a complex mix of tax credit investments, bonds, loans and grants.  To fund the daily operations, the operator will rely on subsidies, medical billing and other sources.

“Most exciting to us is the strong interest from the health care sector for this project,” said Biggs.  “They are recognizing the valuable role housing can play in health.”

The respite facility site is next door to the surplus federal property the East Bay Regional Park District purchased for $2.2 million two years ago to expand the park at Crab Cove.